There are times when we can’t remember where we placed our keys or the TV remote, or when we realize we have forgotten a person’s name. It can be embarrassing and isn’t something anyone would like to happen to them, especially in front of others. Being forgetful is usually synonymous with being old, as whenever a forgetful moment happens, it is referred to as “having a senior moment.”

While it is true that as we get older our memory isn’t what is used to be (it is an inevitable part of the aging process), all the important executive functions usually remain intact, with our mental abilities and cognitive skills being largely unaffected.
The reason why we may have more episodes of memory lapses as we get older may be linked to our physiology—and neglecting to strengthen one of our body’s most important organs, the brain!

Our lifestyle, the foods we eat, our daily habits and activities all have an impact on the wellbeing of the brain. While things such as working out and exercising the brain can be done to keep the mind sharp, it’s important to keep realistic goals and curb expectations of how much your brain can be trained in your golden years, and not to expect the unrealistic. There are some things that are not as good as they used to; for example, our ability to retain memories often deteriorates, hormones and proteins that protect the brain tend to decline with age. The elderly often experience decreased blood flow to the cerebral hemispheres which may affect cognitive functioning.

So when does forgetfulness become a cause for concern, you may be asking. Well, from a medical standpoint, it is often the distinction between normal aging and symptoms of dementia.

Dementia is a disabling disorder that severely affects the individual. It is a persistent decline in two or more cognitive abilities such as memory, judgment, language, and abstract thinking. Being frustrated about your forgetfulness is not dementia, for if it was you wouldn’t even notice that you were forgetting; this is an important distinction. Dementia patients have difficulty performing simple tasks, such as paying bills or dressing. They get lost easily despite being familiar with the surrounding area and may show poor judgment or behave in socially inappropriate ways.

The most common cause of dementia is Alzheimer’s disease, and it encompasses all the aforementioned symptoms. It is very important to know how to recognize the difference between Alzheimer’s and normal memory loss, as both are in completely different leagues. It is important to seek out the opinion of your physician if you suspect a loved one may be showing signs of dementia, as it is imperative for their safety and wellbeing.

It is estimated that about 40 percent of people over the age of 65 experience some form of memory loss not due to any underlying condition. This is called “age-associated memory impairment,” and it’s considered a normal part of aging. Diseases that lead to memory impairment such as Alzheimer’s are not a normal part of aging and are possibly due to various environmental and genetic factors.

Generally, age-related memory loss leads to situations where you forget where you placed your keys or forget the name of an acquaintance. While this may frustrating and perhaps embarrassing, there is the possibility that, at a later time, your memory will kick in.

This is not the case with dementia. Those with a condition such as Alzheimer’s will not be able to recall well-known faces, let alone acquaintances. They will also frequently forget things and have poor memory at all times.

The biggest difference is the recognition of having a memory lapse. Forgetting due to old age comes with the realization that you forgot, but those with dementia don’t even remember forgetting.

Everyone forgets from time to time, and this is likely to increase as we get older. The following are a couple of normal memory problems that affect healthy people:

Transience: This is a tendency to forget facts or events over time. Your brain will only keep information that it thinks is important. If a piece of information is seldom used, your brain will clear out the clutter to make room for new memories.

Absentmindedness: This occurs when you are not paying enough attention and is the reason why we misplace most of our items. This may also involve forgetting to do something, such as taking your medication at a particular time.

Blocking: This occurs when you know the answer but you just can’t think of it as the moment. This is also a common phenomenon when taking tests. It is a temporary inability to retrieve a memory.

Misattribution: This happens when you can remember an event, but the details may be a bit fuzzy, like the time, place, or person involved. This is one of the most common memory-related issues that comes with age.

Suggestibility: This refers to how vulnerable your memory is to the power of suggestion. This may mean that information given to you after the fact results in you incorporating that information to fill in the gaps of a memory, regardless if true or not.

Bias: Having person bias shapes the way you perceive and remember things. Experiences, beliefs, prior knowledge, and even your mood can be a filter that alters your memories.

Persistence: These are memories that don’t go away and often remind the individual of a traumatic or horrifying event. People suffering from depression are particularly prone to having persistent, disturbing memories.

For those who simply want to increase their mental prowess in spite of their increasing age, here are some tips that will boost blood to our most important organ:

If you notice that your memory isn’t what is used to be, it may be time to see a medical professional about possible memory concerns. Knowing how to decipher between dementia and normal memory loss is key to making an accurate diagnosis. 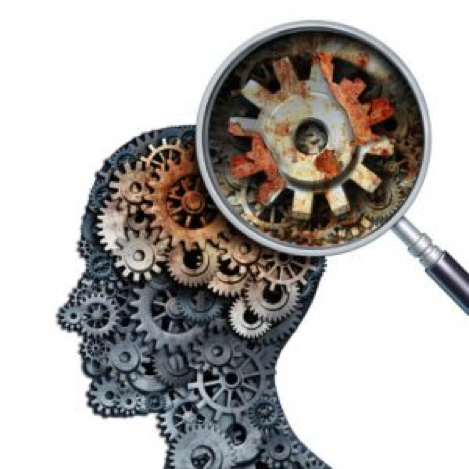